34 Exercises of Freedom
F78, Athanasios Thanatos, Smaragda Kara, 34es
Duration: 34mins
DOCUMENA presented a 34mins full work-out programme exploring various new ways of exercising Eleftheria (≠Freedom) in a contemporary authentic Greek context. This was not meant for domestic use only but rather it sought to expand on a Pan-Hellenic and Pan-European scale and beyond. The 34 exercises are governed by ancient greek as well as contemporary hellene democratic principles. We are once again generously sharing our indigenous queer values with the world.
​NORTHERN EMANCIPATIONS
NORTH AS A STATE OF MIND
#LearningfromBerlin
✨Documena First Declarations from Berlin 🔔Reichstag Festive Chants Dec 2016 ✨
34es, Athanasios Thanatos, Elena Poughia, F78
Pony special – documenta14 Opening Ceremony
F78
"Documenta 14 opens to the public on April 8 in Athens and June 10 in Kassel. In Athens, the action will reportedly begin with a horseback procession modeled on one found on a frieze of the Parthenon. Last month, Greece’s Central Archaeological Council approved the proposal but, as the Athens News Agency put it, “drew a line…at the organizers’ request to use miniature Skyrian ponies.”
Though Documenta organizers reportedly argued that the horses on the frieze were small, the council issued a unanimous statement that read, in part, “The people and the horses on the Parthenon frieze have a certain proportion. The horses there are large, they are not ponies.” Noted!"
source: artnews
​

Point Zero​
​F78, Athanasios Anagnostopoulos
The introduction piece to the happening "Documena Resurrection Special" (which was also the closing event for the Athens Biennale Waiting for the Barbarians) was something that resembled an upside-down destroyed office (that of Documena? that of the Biennale? that of Hellenic art?), blocked out by do-not-trespass tape and lit by a flickering out of focus projection of Adam Szymcsyk.
​An Etymological Dictionary of Documena
Documena Resurrection Opening Ceremony
Kostis Stafylakis
The "Documena Resurrection" event began with a theoretical initiation and explanation of important terms by artist and theorist Kostis Stafylakis. 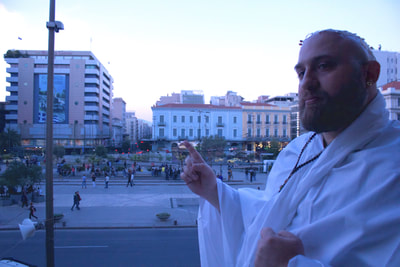 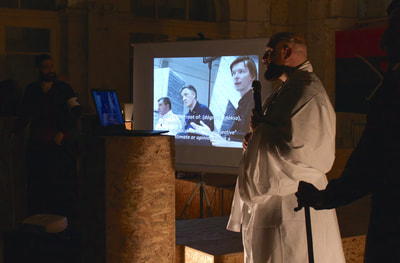 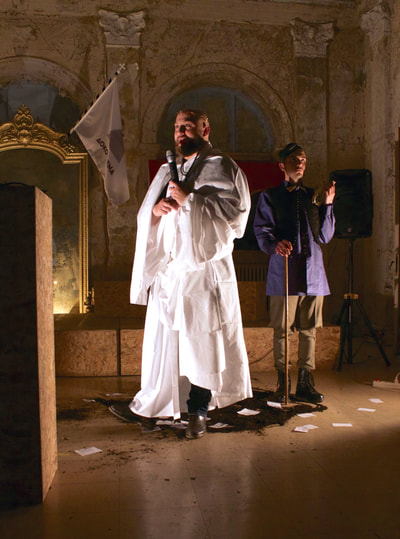 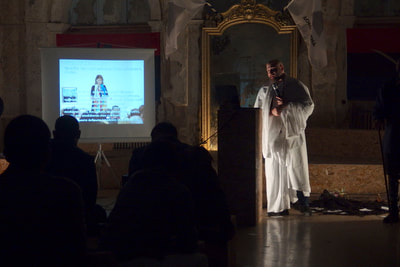